Only been managing a couple of hours a week over the last few weeks, but managed to get a platoon of Panzer Grenadiers complete and part way through a Stug3. The rest of the armour is built and undercoated in its dunkelgelb base coat, which consist of the remaining 2 Stugs, 2 more Panzer IV's a Panzer III and 3 Sdk's. The right hand picture below shows one of the 3 British Armoured Sections which I have previously completed. 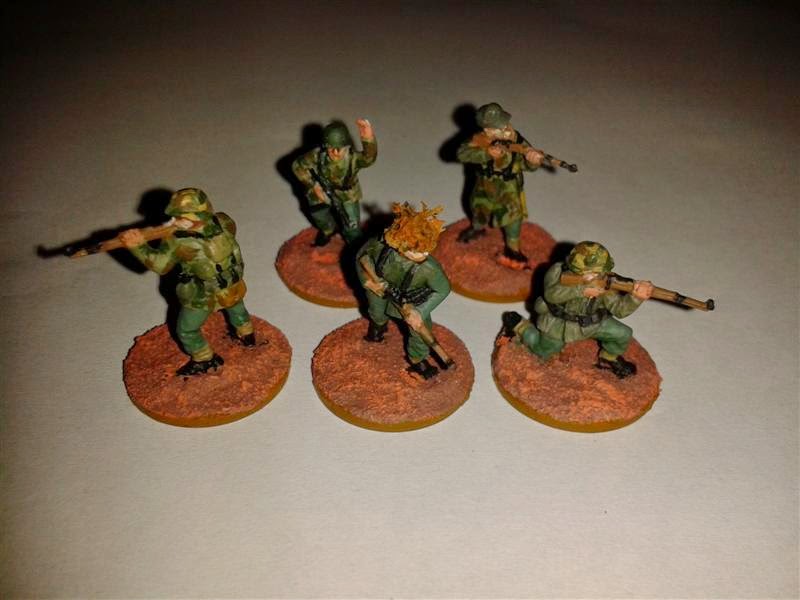 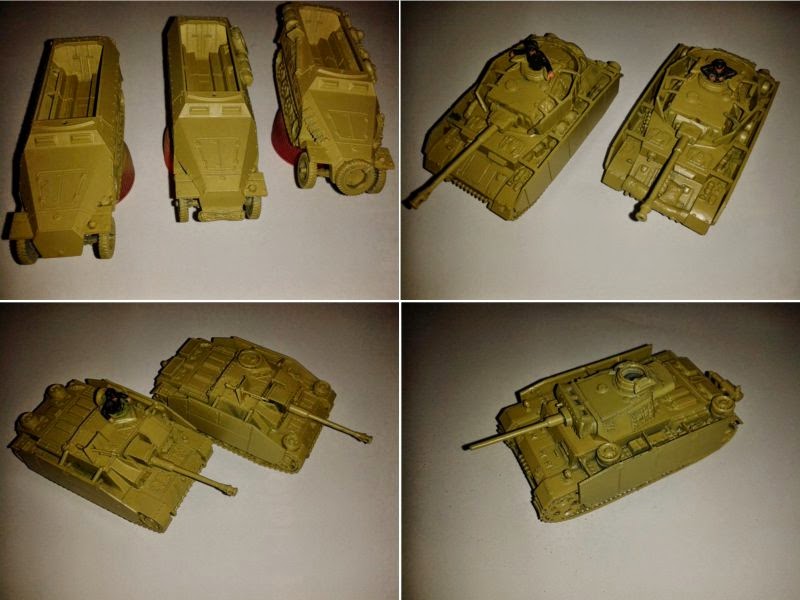 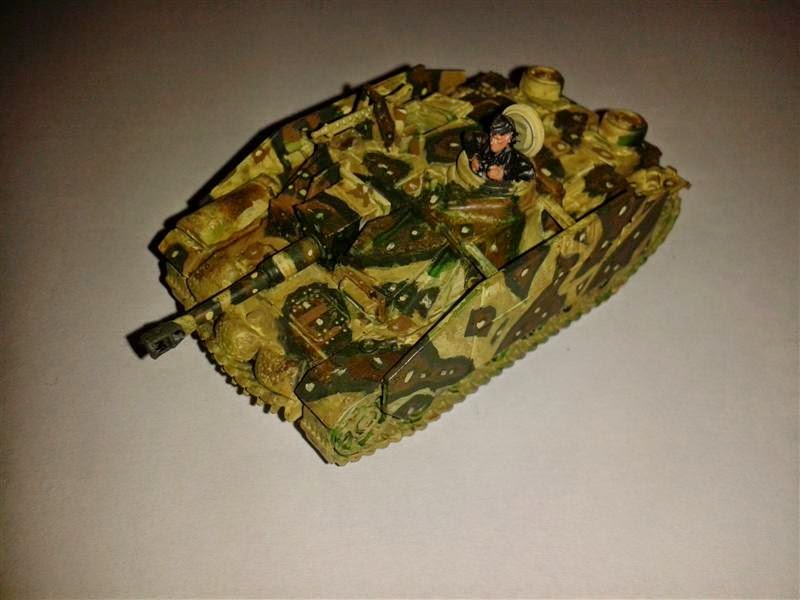 The remainder of the time has been spent preparing all the remaining Grenadier squads along with their Heavy MG's Shreks and Mortars. I have used a combination of Plastic Soldier Company, Zvezda and Caesar minis for these and as you can see they compare quite well to each other. Some of the Caesar figures have had head swaps, but the remainder have had scrim camo added to their smaller helmets to add some realism as well as maintain the correct torso ratio between the three different types. All thes have now been sanded on their bases too. 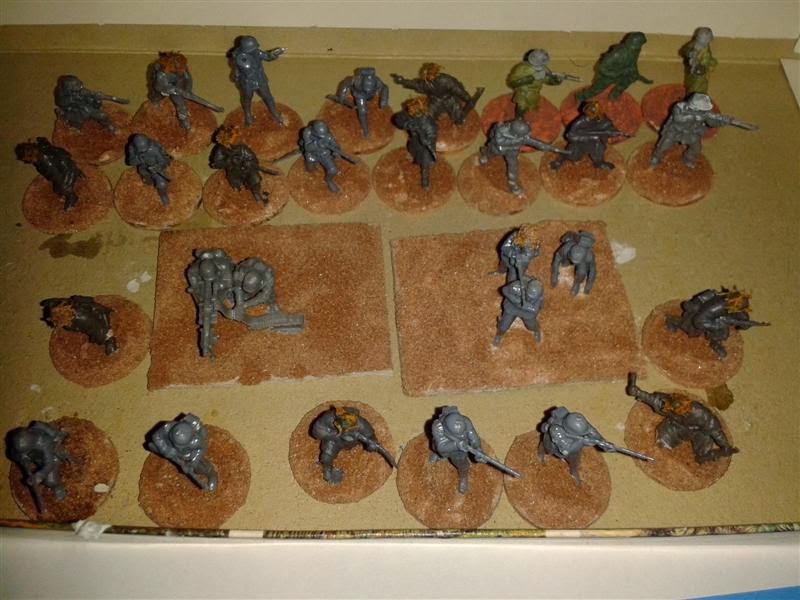 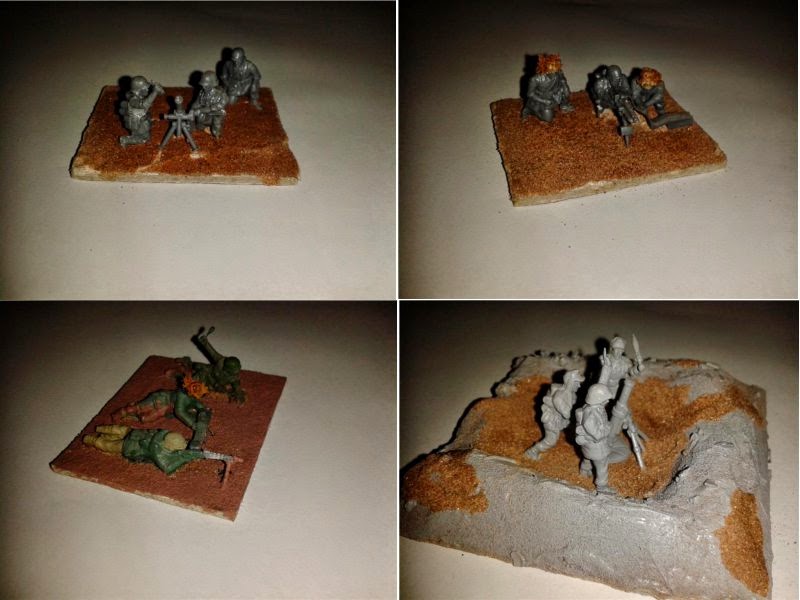 The figures below show what I have tried to achieve by using the different figures I have added some diversity to the squads. Some having traditional tunics, others the heavier smocks and zeltbahn capes. The scrim camo on the helmets is some torn up woodland scenics lichen held in place with pva glue. I was gonna try tea leaves originally but this method adds more irregularity to the helmet. 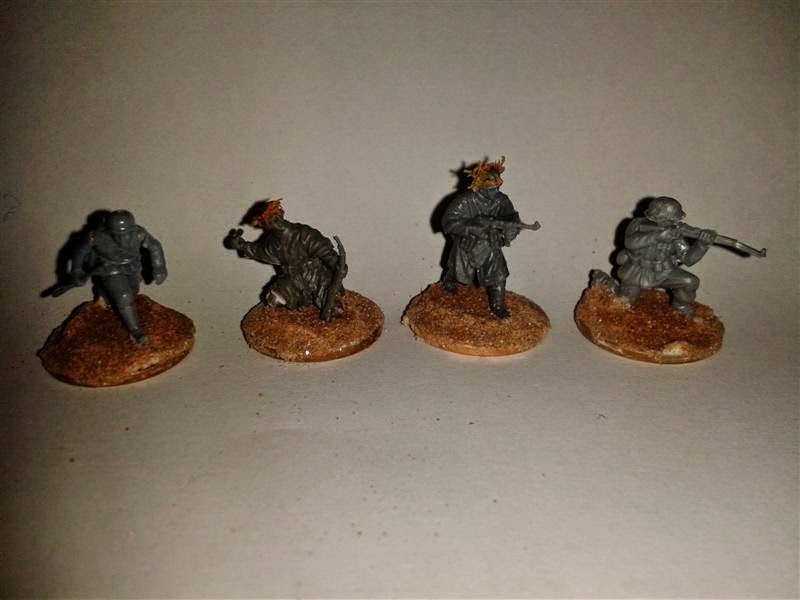 One of the many panzer shrek and faust crews which played a major part in the later platoon structure. 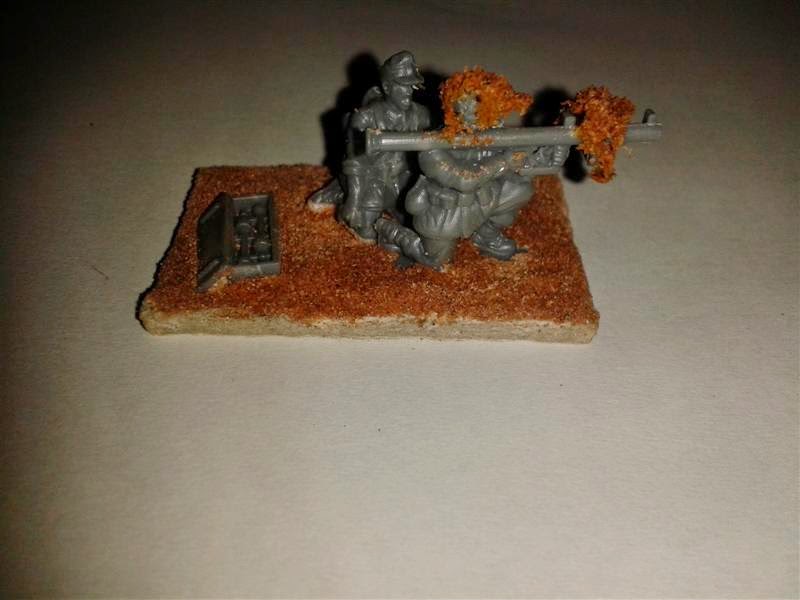 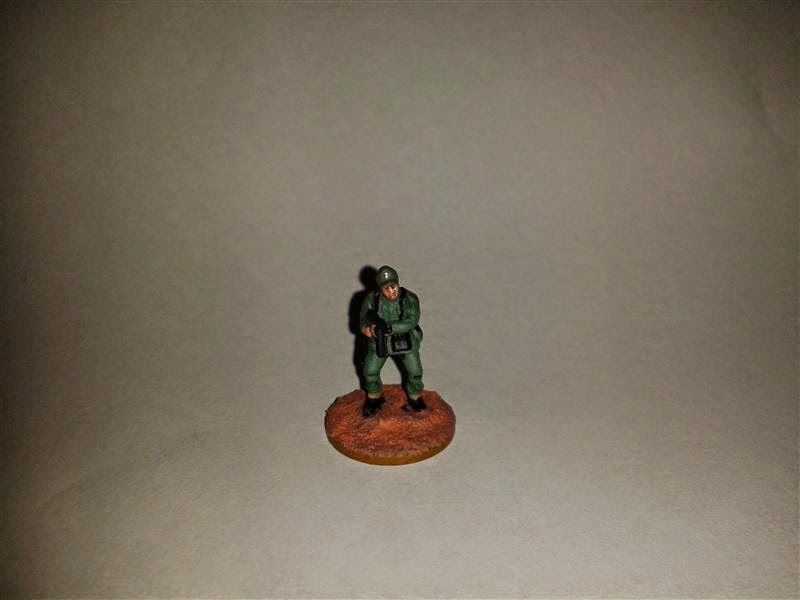 Posted by LOST LEGION MINIATURES at 16:07 No comments: