Started to build / paint the German armour and grenadiers, so far have completed two Panthers along with 1 Panzer IV. The panthers are Ausf A's with zimmerite covering which went down sell when trying to apply the decals. A little bit of Humbrol decal set helped to soften then up for application. I have tried to keep the patterns as accurate as possible as the colours available when these tanks went in to production were mainly added on the factory floor so were quite evenly applied, as was not the case with the panzer 3's and 4's which were often repainted in the field by the crews. 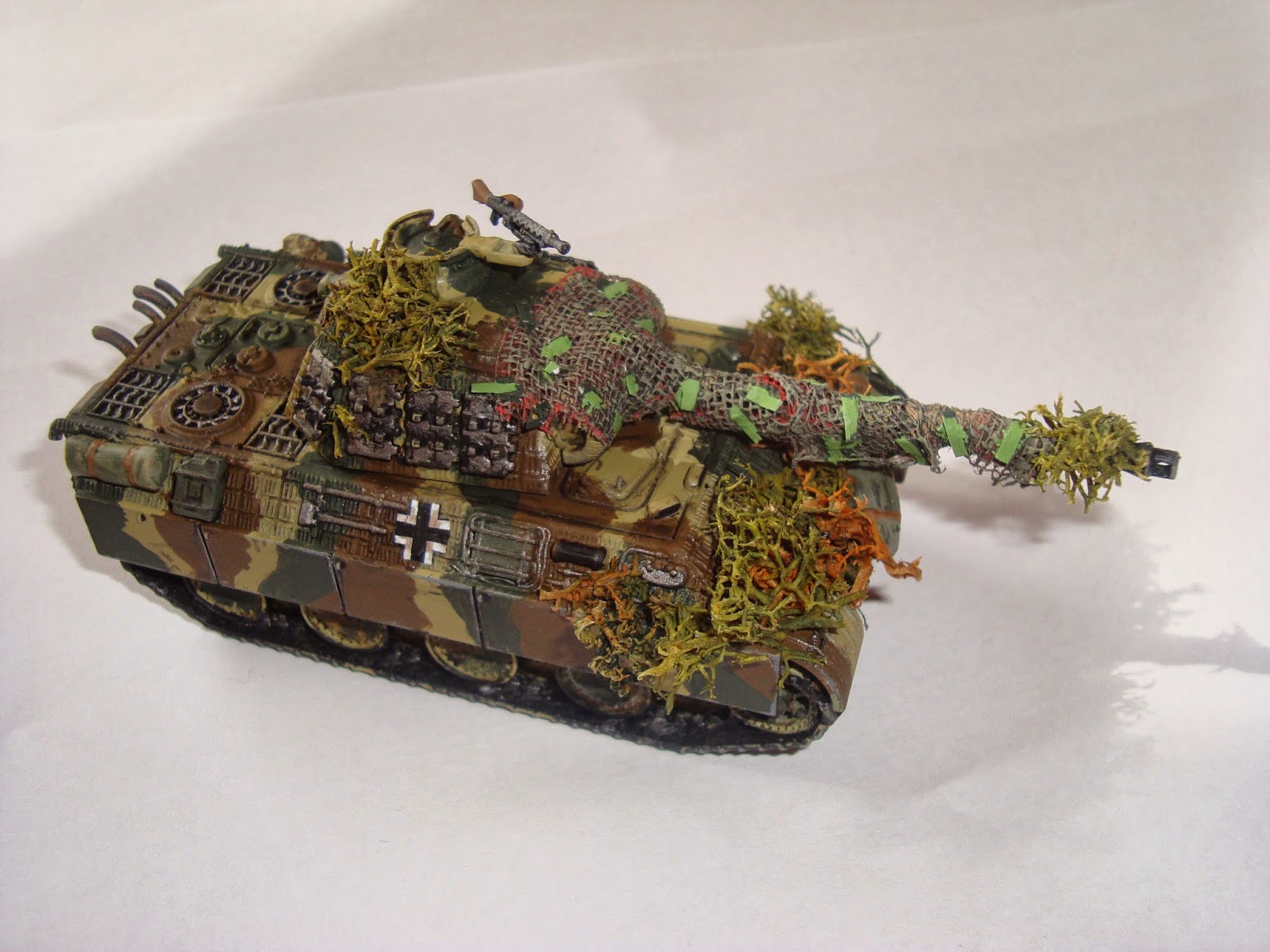 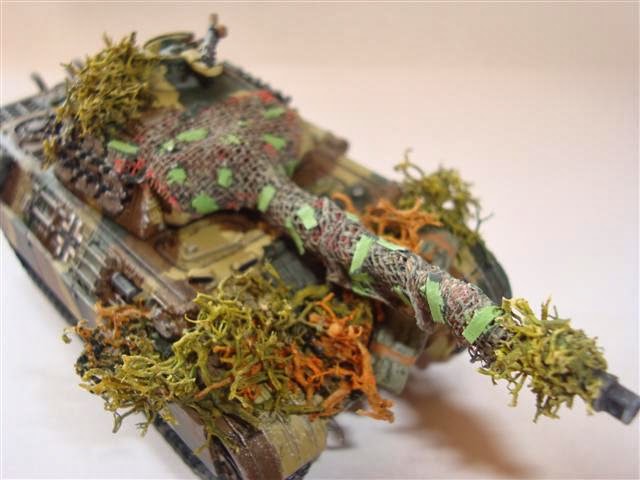 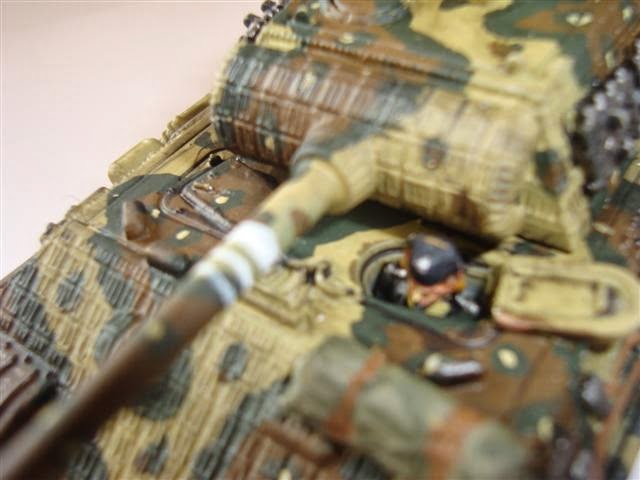 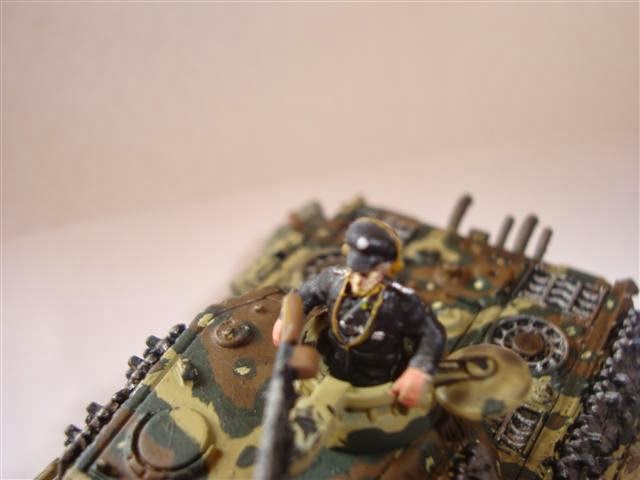 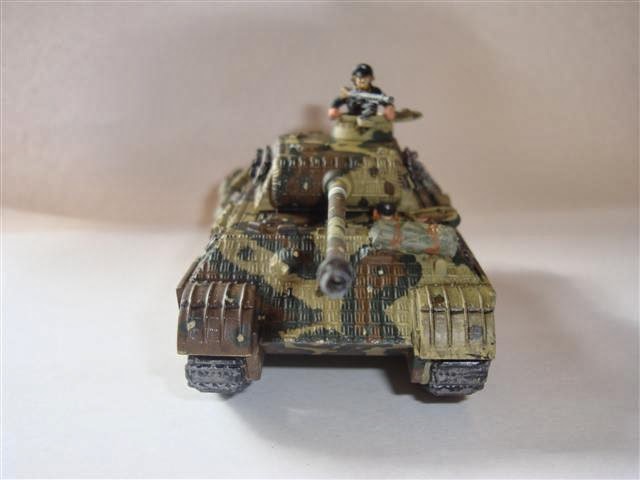 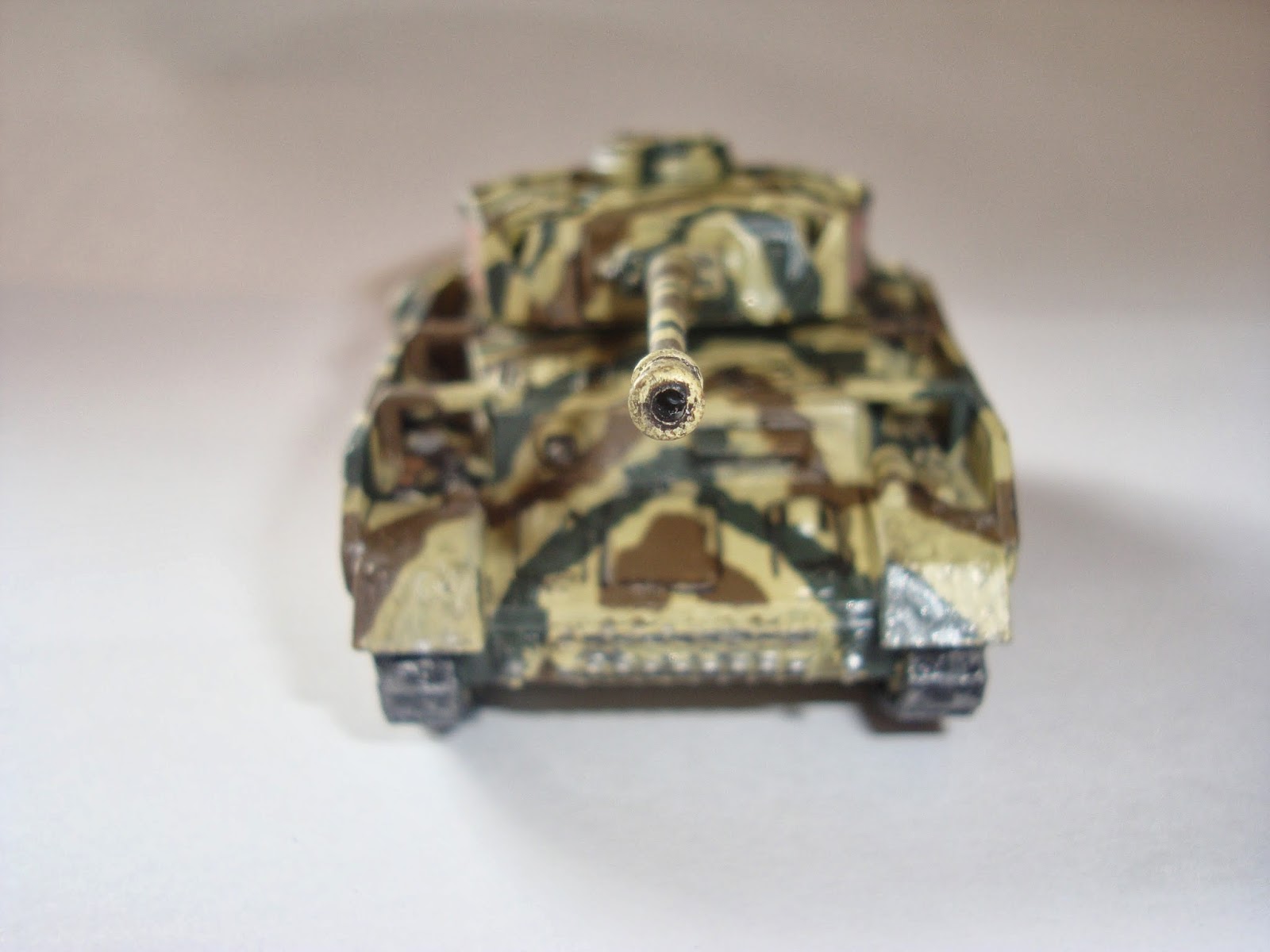 The netting on the first Panther was made from some open weave bandage soaked in PVA and moulded to shape. A few small strips of paper scrim added for effect.

Got some more panzer IV to do as well as a couple of panzer 3's the 3's will be base coated in their grey base coat and patterns added. This is because the earlier production tanks were produced in there grey armour coat, and all later models from 43 onwards were produced in dark yellow as was the order of the time.
Posted by LOST LEGION MINIATURES at 10:32 No comments: 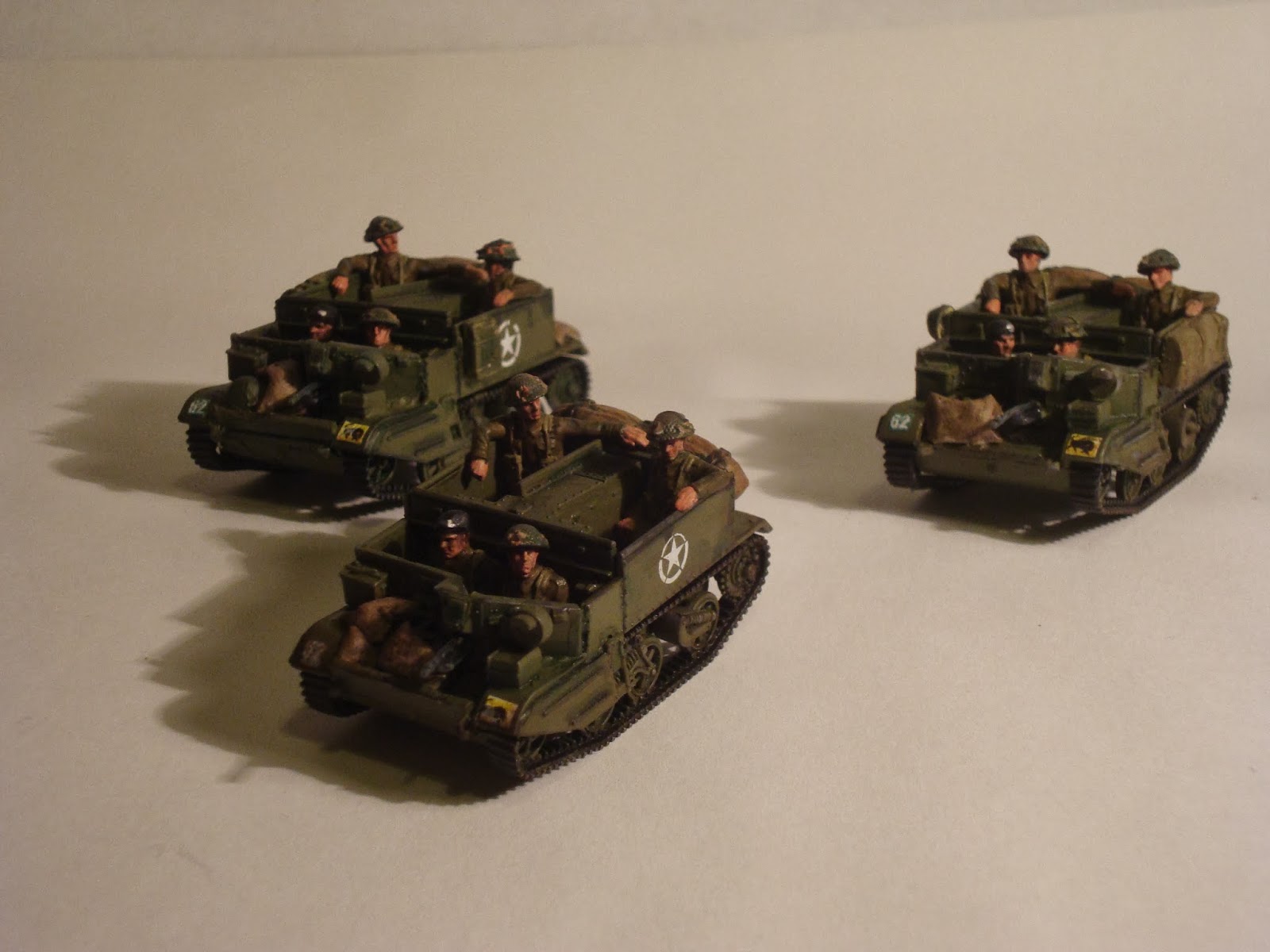 Been cracking on with the group Overlord build, the three squadrons of including their Fireflys are complete. Have since completed a platoon of infantry (three sections in all) along with their Bren gun teams. A platoon command team and a set of support infantry consisiting of Vickers MG crew and both 3” and 2” mortar crews all being transported by the trusty universal carriers. 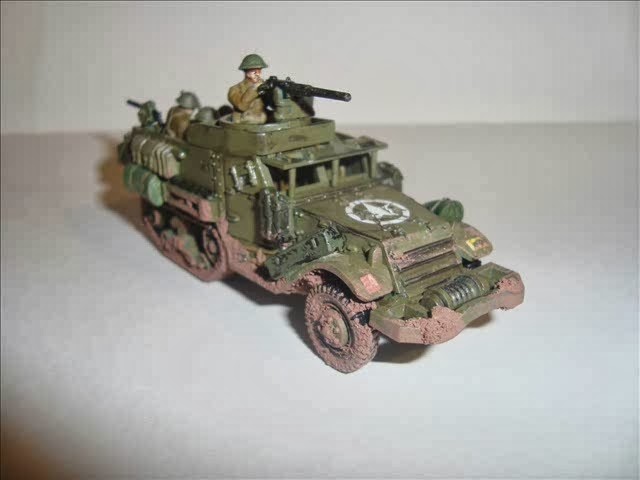 Have also completed 3 allied M5 lend lease half tracks and 3 squads of dismounted armoured infantry. However I am currently building / painting some interesting opponents in the shape of 2 Panthers 3 panzer IV’s and grenadiers in SDK’s. The Panthers are being done as a group build for a competition being run on a fellow hobbyists you tube channel. Check out the link here drop by and say Hi if not already part of this community, or visit my Channel in the video bar above. 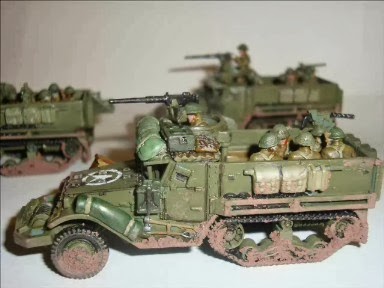 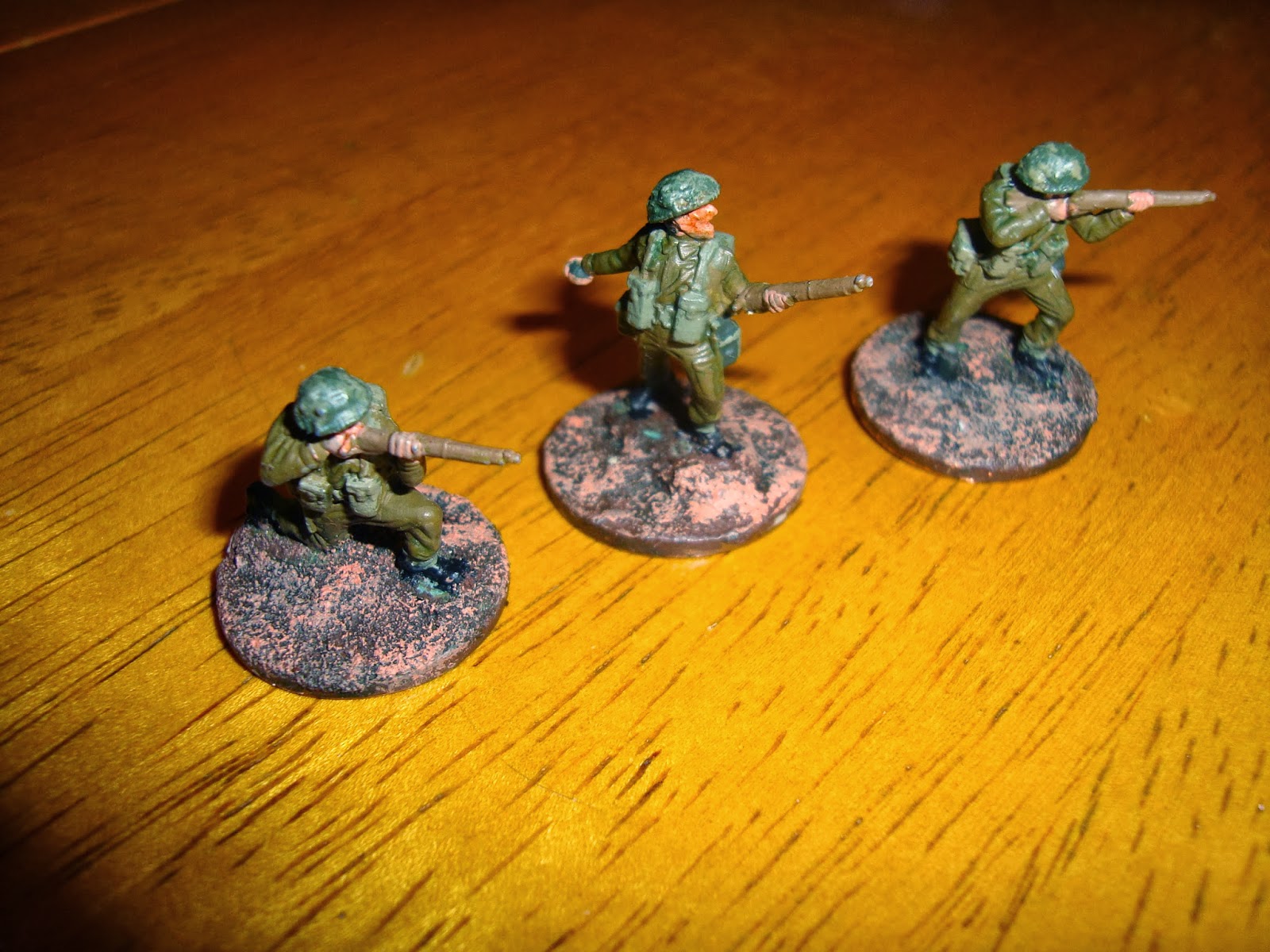 Next in line for the British will be some loyd carriers with 6 pounders for some heavy infantry anti tank support and planning on a few Churchills and AVRE’s, as well as another platoon of infantry.

Below are the Panzers in their built state awaiting the correct camouflage patterns that are a must for these late WW2 beasts. Got some plans for the Axis elements to. Really looking forward to this build now. 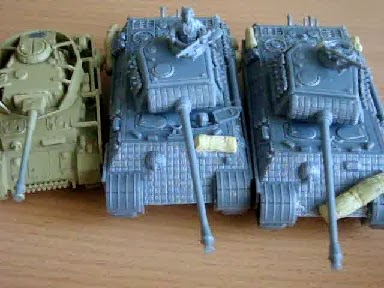 Posted by LOST LEGION MINIATURES at 14:38 No comments: