The panzer units are coming along nicely, I must say I am overwhelmed by the ease of paint job that is allowed from using the model air range. Although the base armour colour was a couple of light coats of Tamiya dark yellow paint (spray) the actual camouflage is done with Val .041 armour brown and Val .011 armour green. Completed in no time with the air brush. No thinning of the colour is required because they come pre-thinned and flow through the air brush with no difficulty. This has allowed me to obtain the smokey and feathered eding to the stripes that would have proved very difficult to achieve with a standard brush. 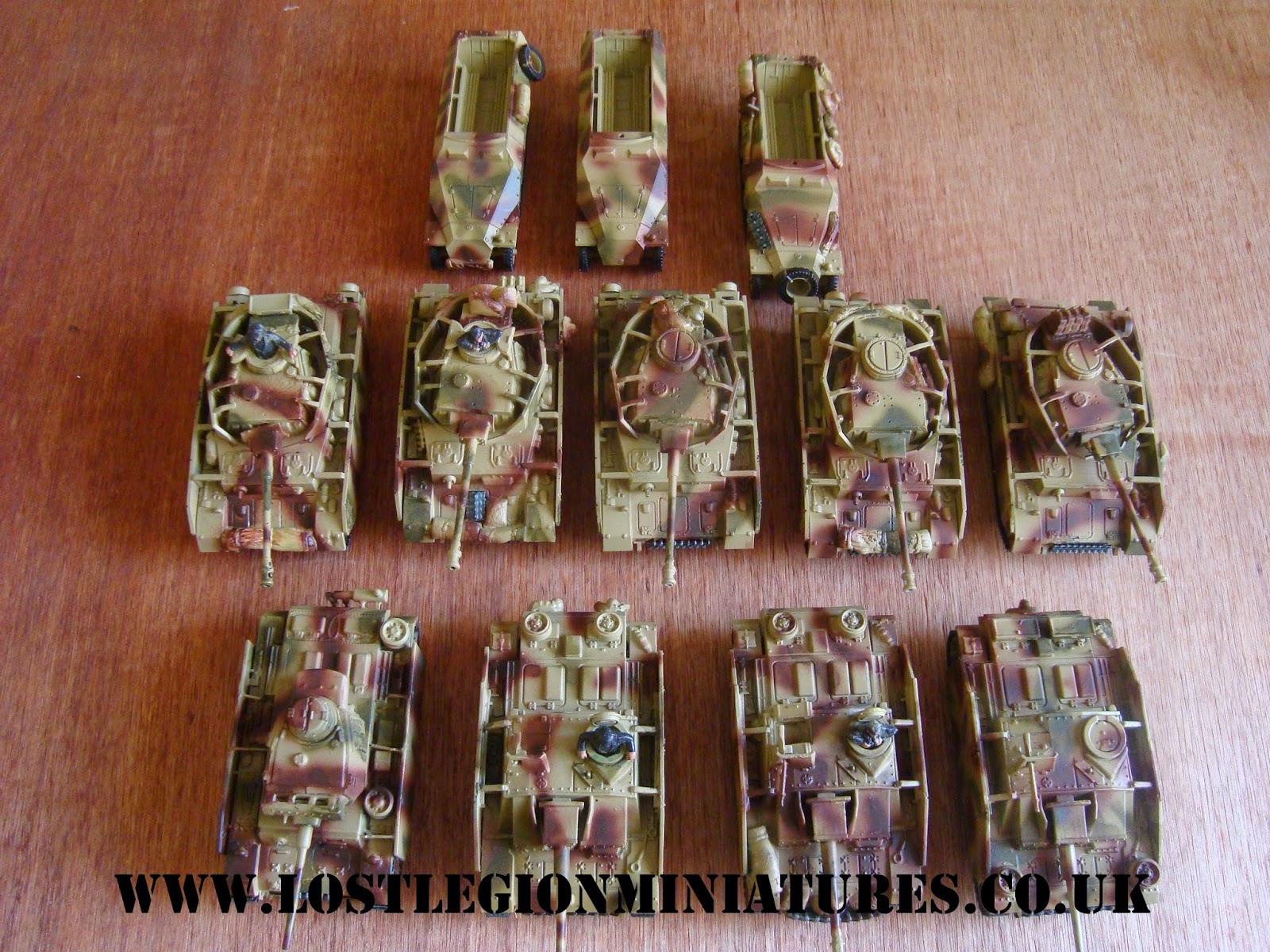 The tracks, spare track sections and outer edges of the running wheels as well as the front and spare tyres on the SDK’s received a base coat of  generic black. Then the track sections only were dry brushed with Val .920 German uniform.

Here you can see the various stowage has been painted in their base colours, where possible I have chosen a lighter colour, this helps to add some contrast to the piece and also draws the eye to the detail without losing the item to the camouflage pattern. 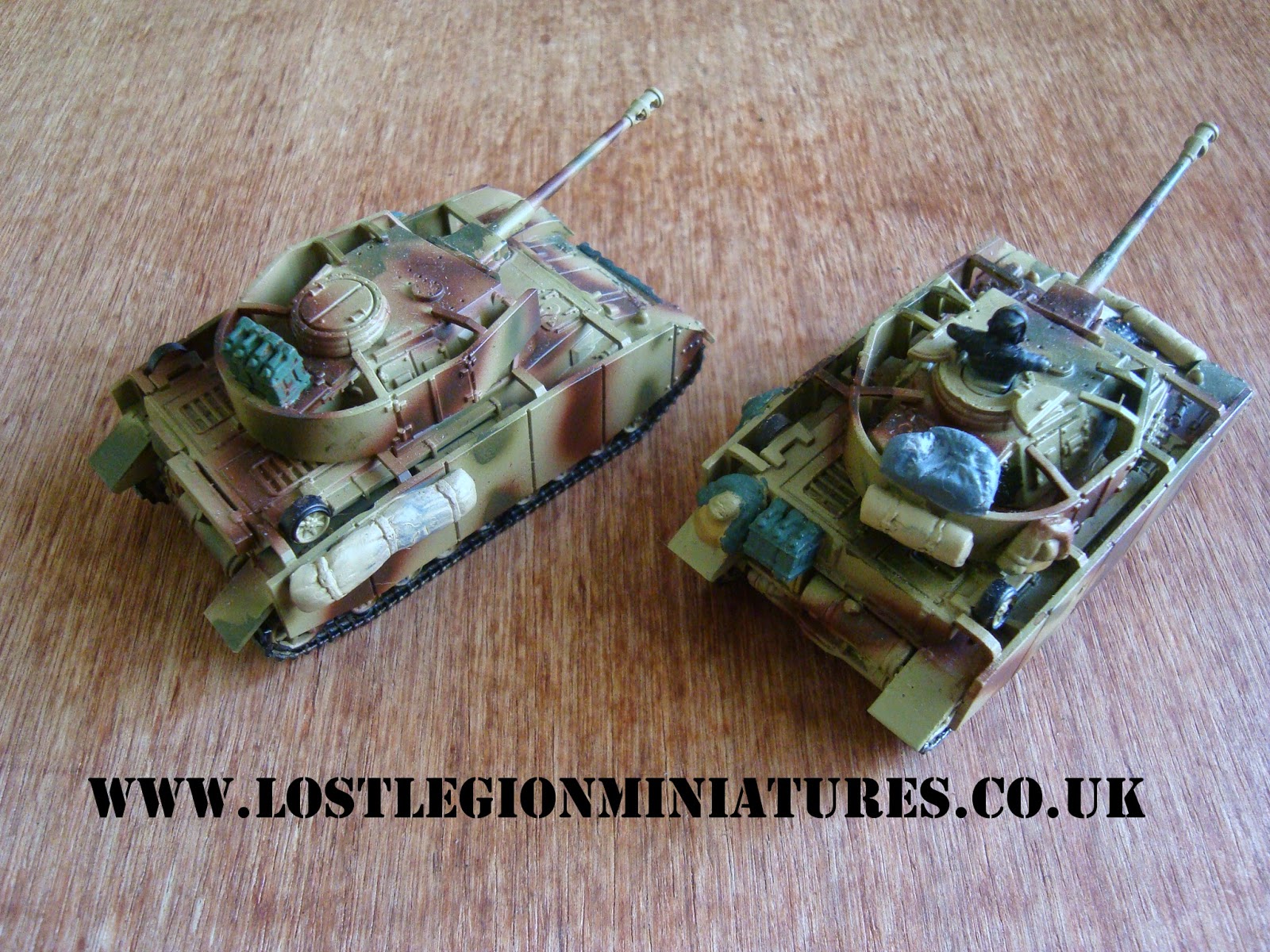 
The stowed backpacks are painted as follows. Val .914 green ochre, bedroll blankets as a generic grey. Any bread baskets or pouches or canisters as your chosen infantry paint guide suggests. Next stages are to gloss coat, decals, wash and weather and a couple of matt top coats to finish.

Well I’ve just completed the build and base coat on the Tiger (more on this to follow), and working on the PAK 38s. The officers / command units are completed 2 x 6 man units for the Panzer Grenadiers and 1 x 5 man unit for the Ost Grenadier platoon. A 75mm anti infantry gun has also been completed, along with a heavy mortar position. 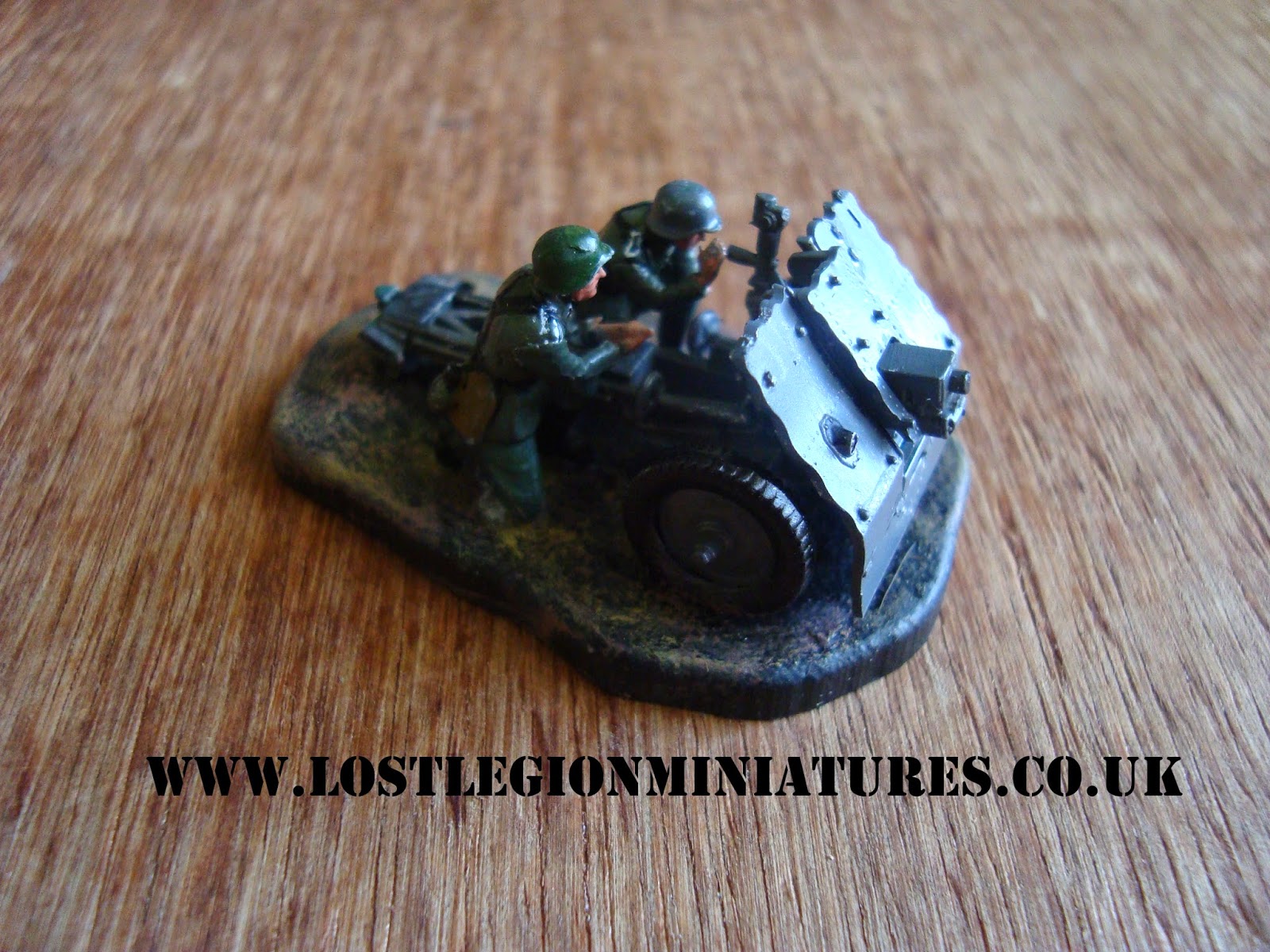 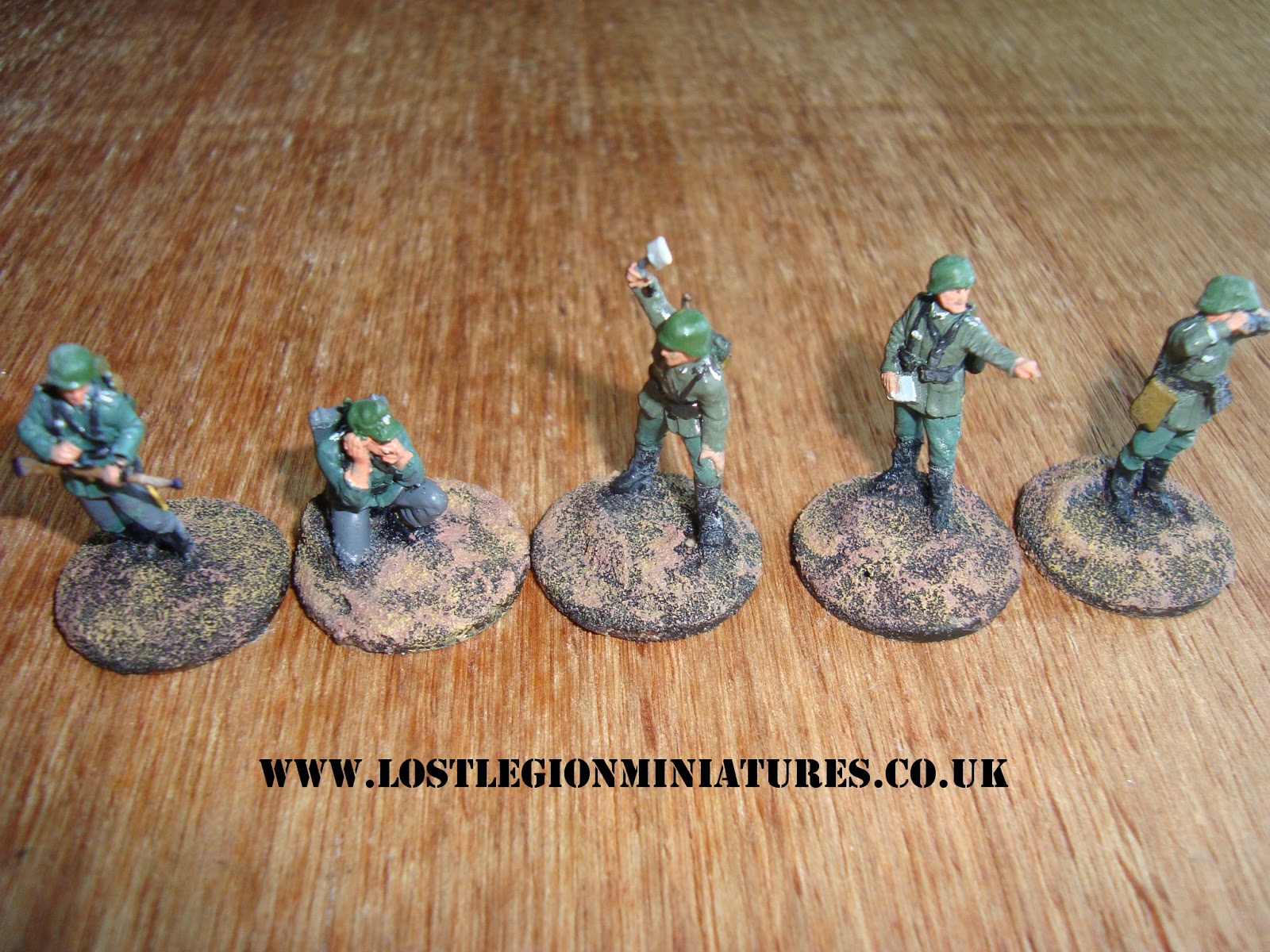 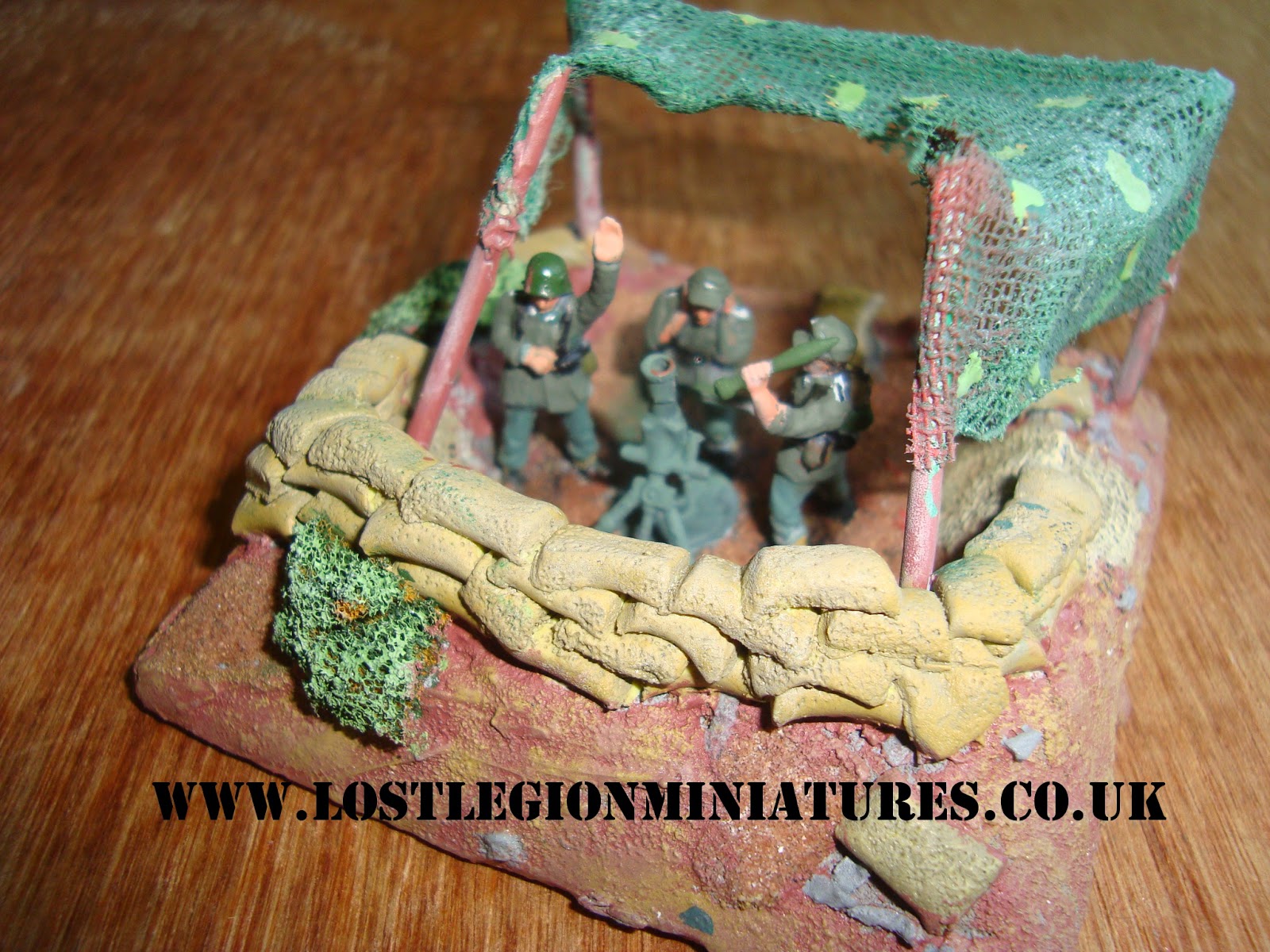 Read more »
Posted by LOST LEGION MINIATURES at 05:41 No comments: 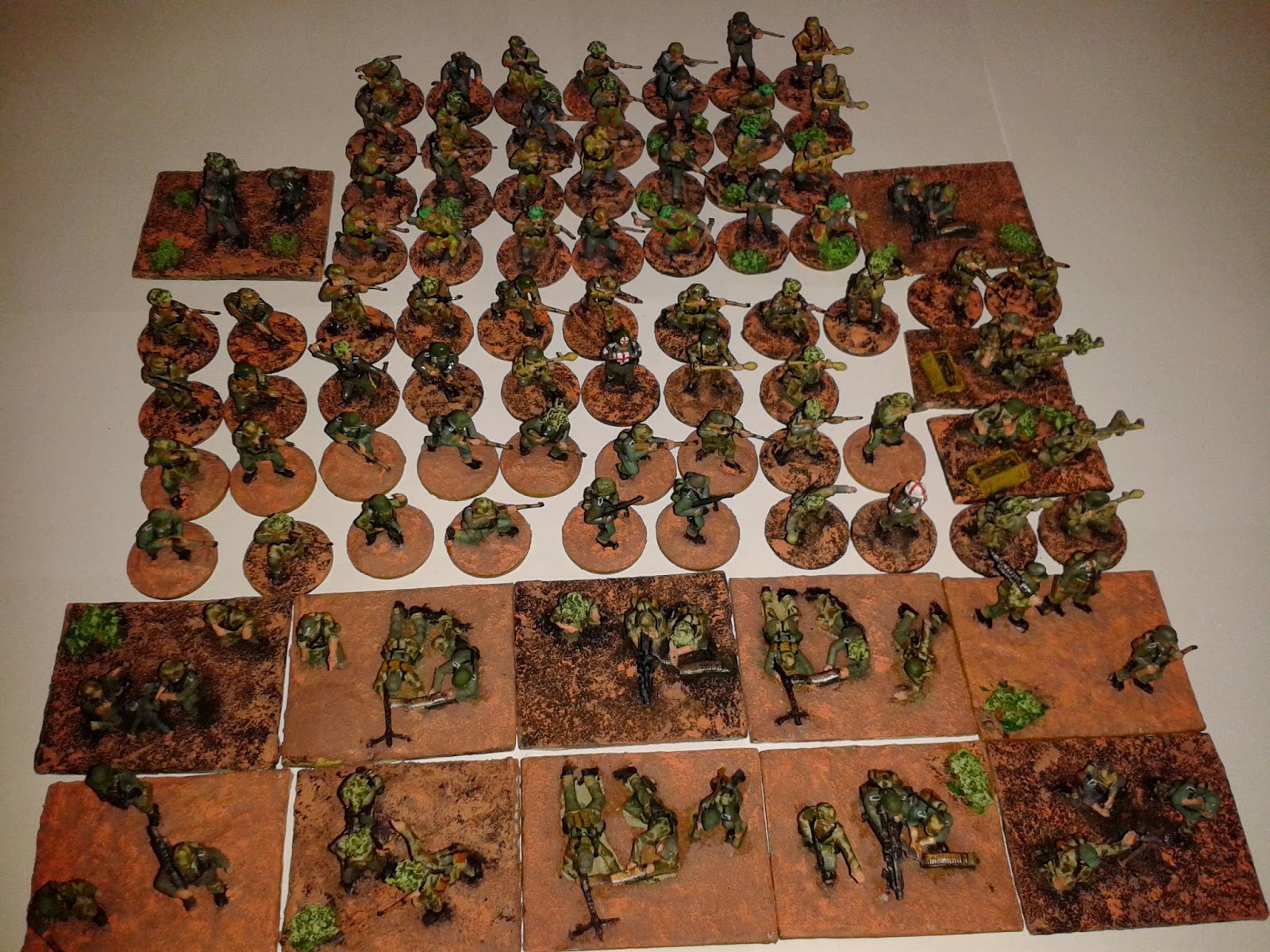 The Panzer granadiers platoons are finished 2 in all along with another 24 figures with an additional 4 panzer fausts and two more machine gun teams. The idea being that I can field these as additional teams to the Panzer platoons or keep them as a Ost platoon.

I think the mixture of Plastic Soldier Company, Zvezda and Pegasusus minis compliment each other well. 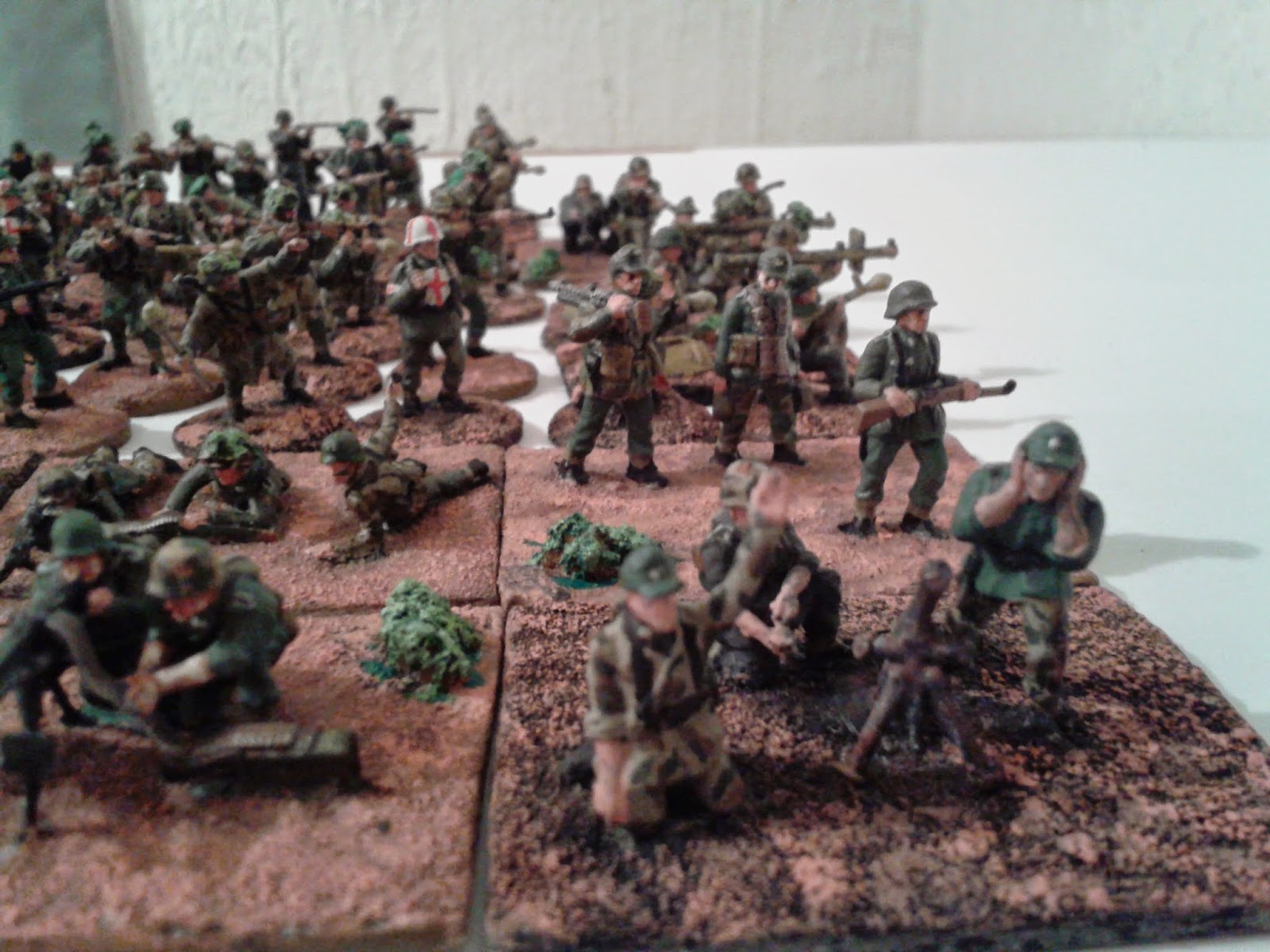 These guys have been sat on my desk for ages and I have not got much painting done over the last few weeks. Had a slight hiccup with the half tracks and armour, and had to start back to base coat. All that remains on the infantry side now is a couple of heavy mortars in dug outs and the command sqauds for each platton. Have also got anti infantry and anti tank guns to add to the support options andperhaps some trucks for transport.


The mixture of uniforms and boots also add to the realism of the units, towards the end of the war most units were equipped with more greener and darker uniforms, only veterans and older personel would probably have some of the ealier bluey grey issue left. The jackboots were also replaced with shorter boots and gaiters, again the few individuals were still to be seen wearing the older issue kit. 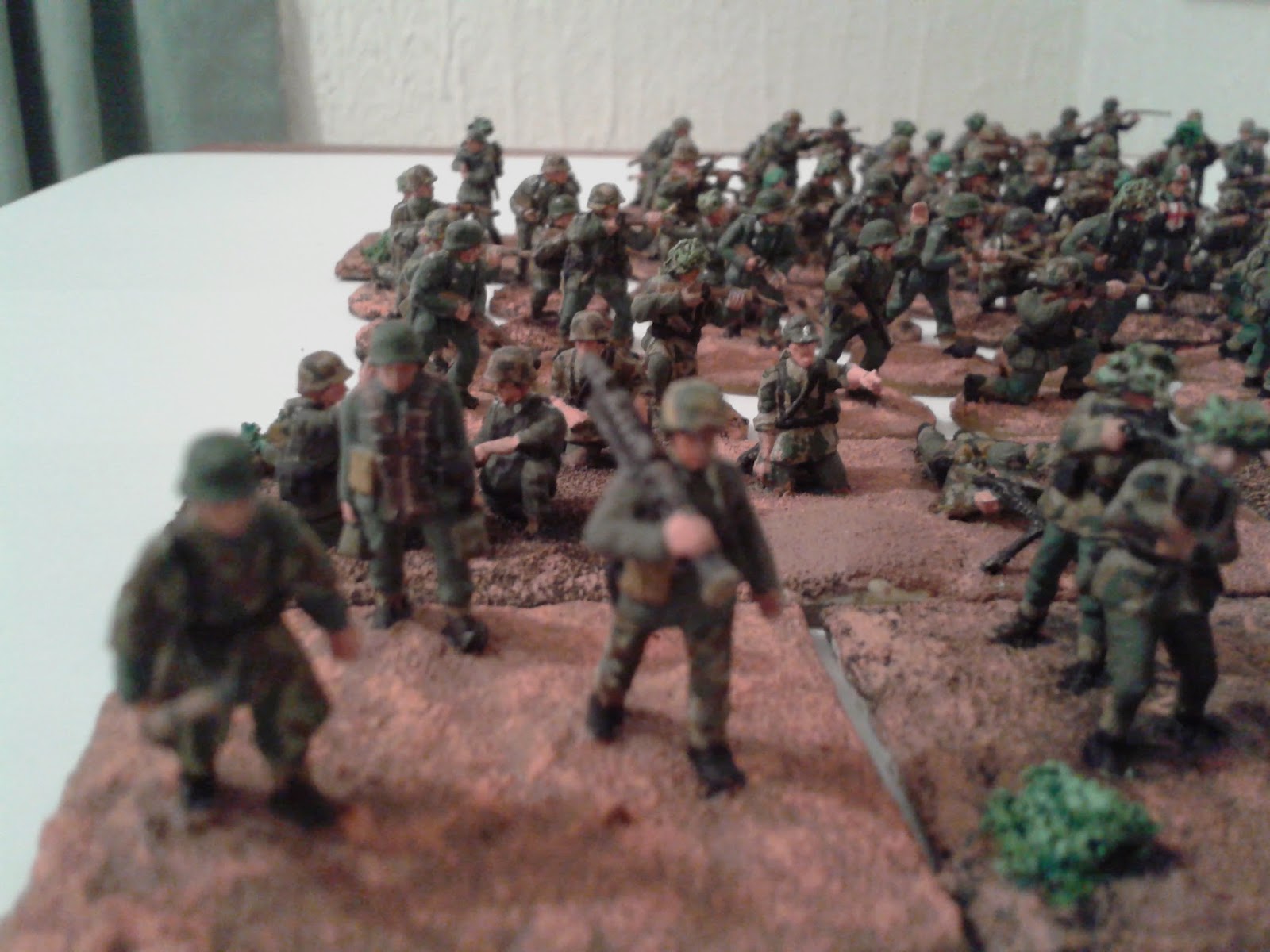 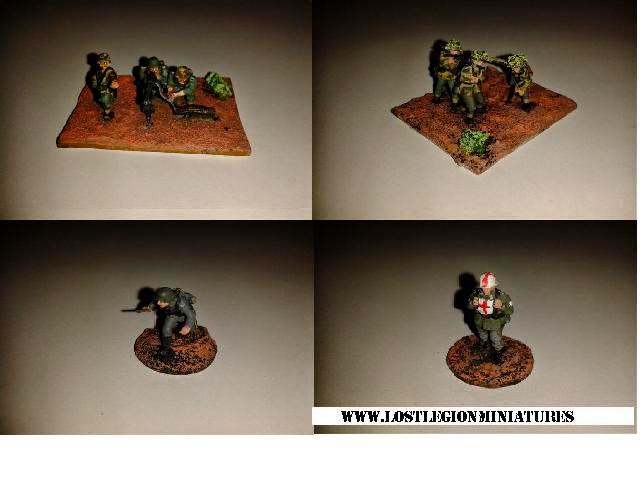 Posted by LOST LEGION MINIATURES at 16:24 No comments: